About The Thorpeness Dolphin Inn

Book a Table Book A Room

Formally known as the Crown Inn, the original building used to be attached to six cottages known as West Terrace. The inn was renamed when the cottages were demolished and the building extended with bedrooms to become the Dolphin Inn.

Parts of the village, then known as Aldringham-cum-Thorpe, date back to Tudor times, but in 1910 the village was renamed Thorpeness when landowner, Stuart Ogilvie, began realising his plan to create a unique seaside holiday village on the site.

The Dolphin Inn was consumed by fire in September 1995 and was rebuilt and re-opened in 1998.

David took over the running of The Dolphin in 2007 and together with his lovely daughter Kerry, immediately made an impact, ensuring The Dolphin became an important part of the community.  With the arrival of Chris as Head Chef and the addition of the Village Store, his goal, based on friendly service, good food using local producers and an extensive choice of beverages is now being realised. 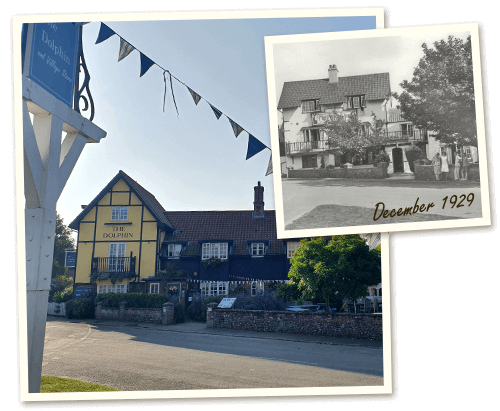 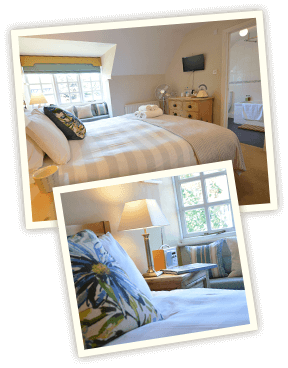 Suffolk is perfect for a Staycation!

Book now for the perfect Staycation this year. We are the perfect spot to stop off and explore the beautiful Suffolk coast. Book through our website to get the best prices!

Book A Room See Our Rooms

This website uses cookies to improve your experience while you navigate through the website. Out of these, the cookies that are categorized as necessary are stored on your browser as they are essential for the working of basic functionalities of the website. We also use third-party cookies that help us analyze and understand how you use this website. These cookies will be stored in your browser only with your consent. You also have the option to opt-out of these cookies. But opting out of some of these cookies may affect your browsing experience.
Necessary Always Enabled
Necessary cookies are absolutely essential for the website to function properly. This category only includes cookies that ensures basic functionalities and security features of the website. These cookies do not store any personal information.
Non-necessary
Any cookies that may not be particularly necessary for the website to function and is used specifically to collect user personal data via analytics, ads, other embedded contents are termed as non-necessary cookies. It is mandatory to procure user consent prior to running these cookies on your website.
SAVE & ACCEPT